As in past years, our Keynote Lectures will eluci­date specific focal points in the program. In each of these half-hour lectures, an outstanding expert will comprehensively present an important topic.

There are several devastating ocular surface disorders such as Stevens-Johnson syndrome, chemical injury, and bullous keratopathy including Fuchs endothelial corneal dystrophy that are difficult to treat properly. Today, thanks to state-of-the-art regenerative medicine and the latest advancements in corneal biology, several types of transplantable cultivated mucosal epithelial sheets are now available for the reconstruction of a devastated ocular surface. One is the allogeneic/autologous corneal epithelial stem-cell sheet, and the other is the autologous oral mucosal epithelial sheet. Although ocular surface reconstruction using these sheets is sometimes accompanied by varying degrees of biological and/or immunological postoperative complications, studies have shown that in general, the ocular surface can be well restored.

The other is the novel therapy of “cultured corneal endothelial cell injection” into the anterior chamber for corneal endothelial dysfunction. For this purpose, non-proliferative corneal endothelial cells from donated corneas can be induced to proliferate, without inducing cell state transition (CST). This procedure has already shown promising results in clinical research. It is our hope that ophthalmology-related translational research, such as that described above, will receive official governmental approval based on accumulated data of the safety and efficacy of the procedures.

Over the past 30 years, his primary interest has been focused on the translational research of new therapeutic modalities for severe corneal diseases. Following this path, his group has recently established the system of cultivated mucosal epithelial stem cell transplantation for severe ocular surface disorders such as Stevens-Johnson syndrome and chemical injury, and cultivated corneal endothelial cell transplantation for bullous keratopathy. His group also proved the clinical efficacy of Rho-associated protein kinase (ROCK)-inhibitor topical application for partial endothelial dysfunction, aiming at the development of novel therapies for corneal endothelial dysfunction.

Kinoshita is a recipient of the 1999 Alcon Research Institute Award, the 2008 Castroviejo Medal Lecturer of the Cornea Society, the 2009 ARVO Gold Fellow, the 2010 Claes H. Dohlman Conference Address of the TFOS, the 2010 Meibom Lecturer in Germany the Doyne Memorial Lecturer of the 2011 Oxford Ophthalmological Congress in United Kingdam, the 2011 Elsemay Bjorn Lecture in Finland, Schepens Eye Research Institute Almunus Awardee 2011, the Peter Herberg Lecture at IMCLC2012, the Richard Lindstrom Lecture, CLAO, ASCRS 2014, Charles D. Kelman Inovator Award, ASCRS 2015, the Friedenwal Award Lecturer at the ARVO 2016, The Coster Lecture at the Australian and New Zealand Cornea Society 2017, and David Easty Lecture at the Bowman’s Club 2017. He served as an ARVO Program Committee Member in the Cornea Section between 1996 and 1999, the ARVO Trustee of the Cornea Section between 2006 and 2011, and the ARVO Vice President in 2010-2011. Dr. Kinoshita served as the Associate Editor of Investigative Ophthalmology & Visual Science between 2007 and 2012.

engl
Corneal biology has been better understood over the last three decades, better and new concepts for corneal surface diseases as well as endothelial cell transplants have been developed. The lecture will cover the development and current status of these cell concepts for corneal therapies.
Keynote Speaker: Shigeru Kinoshita (Kyoto)
Teilnehmer: Thomas Kohnen (Frankfurt/Main)
back to list... 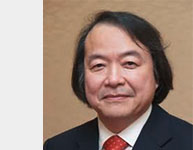