During her long and successful career in clinical ophthalmology and ophthalmology research, Professor Rothova focused intensely on ocular inflammatory diseases. Her outstanding international reputation is based in large part on her acclaimed work on the immunopathogenesis of virus-associated uveitides. Her research on Fuchs’ heterochromic iridocyclitis demonstrated the connection between the illness and viral diseases.

In acknowledgment of her valuable contributions to research, Professor Rothova will be awarded the Aurel von Szily Medal. In her award lecture, titled “Fuchs’ Heterochromic Iridocyclitis: A Comeback of Rubella?”, she will report on her acclaimed research on this widespread type of uveitis, which is characterized by a very particular clinical progression from chronic intraocular inflammation with painless episodes and a high occurrence of cataracts, glaucoma, and vitreous opacity. It is due to Professor Rothova’s work that the infectious aetiopathogenetic background of the intraocular inflammation could be demonstrated. The award lecture will be presented as part of the symposium “Viral-induced anterior uveitis” organized by the DOG’s uveitis section.

The Aurel von Szily Medal is awarded in memory of the renowned ophthalmologist and researcher Aurel von Szily (1886 – 1945). Removed from his posts as professor at the University of Münster and as editor of the “Klinische Monatsblätter für Augenheilkunde” (“Clinical Monthly for Ophthalmology”) by the German National Socialist government in 1935 and 1937, respectively, Aurel von Szily returned to his hometown Budapest in 1939. Among his most important works is his “Comparative Morphogenesis and Morhography of Papilla Nervi Optici” (“Vergleichende Morphogenese und Morphographie der Papilla nervi optici”), which unfortunately remained unfinished. 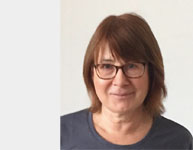